Well, this turned out better than anyone could have hoped.

When Led Zeppelin reunited for a one-off gig at the O2 arena in London on December 10, 2007, it was their first live performance in 19 years—and 27 years since the death of drummer, John Bonham. Some 20 million people entered a lottery for the 18,000 tickets available and, needless to say, expectations were through the roof.

Previous reunions had been disastrous to say the least: of their 1985 Live-Aid performance, Robert Plant called it “an atrocity” and the Atlantic Records 40th Anniversary Concert on May 14, 1988 was “one big disappointment” according to Jimmy Page (“the gig was foul,” added Plant). With the death of Ahmet Etregun in late 2006, the three surviving members of Led Zeppelin decided to reunite once more for a charity concert in his honor. John Bonham’s son, Jason, would fittingly sit in on the drums.

This time, they decided to do it right—they would actually rehearse.

Cell phone footage and audience recordings circulated online almost immediately following the concert and it was clear that the band was on fire as they powered through an astonishing two-plus-hour set. Rumors of an ensuing tour were quickly squelched but a DVD of the O2 gig was promised to be released someday. Now, five years later, the official document of what may be Led Zeppelin’s final performance is finally here—and it is a revelation.

Filmed with no less than 15 cameras (including three Super-8s scattered in the audience) and meticulously recorded to multitrack, Celebration Day is a state-of-the-art concert film befitting this legendary band. It starts off rough and ready – they seem a little nervous as they struggle through “Good Times Bad Times” and a re-worked “Ramble On.”  However, the salacious “Black Dog” finally catches the band firing on all cylinders and the momentum just builds from there. Some songs are played in a lower key to accommodate Plant’s aging voice but he acquits himself quite well, sounding a lot better than some of those old bootlegs, to be sure. Only “Dazed and Confused” and “Stairway to Heaven” fail to scale the heights of their former glory—but it doesn’t really matter; it’s clear the band is having a blast on stage and their joy is infectious. Moreover, the powerful, hypnotic “Kashmir” is utterly riveting and by far the highlight of the set—and possibly the best live version ever, to my ears. Not bad for an oldies act!

By the end of “Whole Lotta Love” and “Rock And Roll,” Led Zeppelin sounds like they’re just getting warmed up, ready to hit the road for another joint. Page, Bonham and John Paul Jones were apparently willing to go on tour when promoters began offering them millions of dollars up front. But it was Plant who nixed the deal—and who could blame him? After all, he has his own career and has no need for the money. In the long run, it is probably the wise decision. The positive energy and mutual goodwill of the O2 appearance could have quickly dissipated during the stresses of a full-blown tour as old enmities reared their heads. Still, I and millions of others would love the opportunity to see Led Zeppelin live—especially if they sounded anything like this! For now, Celebration Day will remain an inspiring postscript to the Led Zeppelin legacy.

Available in multiple formats, the “deluxe” 2CD/Blu-Ray set includes a bonus DVD of a rehearsal at Shepperton Studios on December 6, 2007. While shot from a static, distant perspective and lacking the excitement of an audience, the band actually sounds even better than on the gig itself, totally relaxed and just going for it with everything they've got. After a spell-binding performance of “Since I’ve Been Loving You,” Plant asks into his mic if the rehearsal is being recorded and. after being answered in the affirmative, he says, “Good. I don’t think we’ve played it that well since about 1910.” Indeed. Even if you’re the most casual Zeppelin fan, this is most highly recommended.
Posted by Rodger Coleman at 6:31 PM 1 comment: 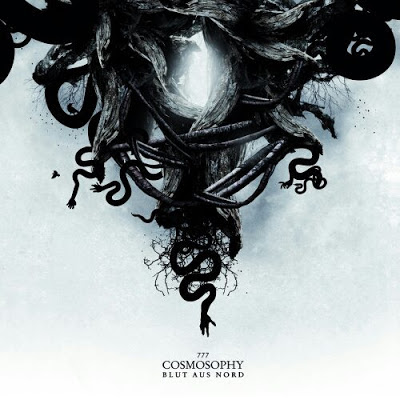 My review of Blut Aus Nord's 777 - Cosmosophy is up over at Spectrum Culture. Experimental French black metal at its finest!
Posted by Rodger Coleman at 10:48 AM No comments:

Actually, we were in Colorado visiting Lizzy's family – folks I haven’t seen in many, many years (or in the case of my three-year-old nephew, Tobin, ever). It was so great to (re)connect with these lovely people! Being the art mavens we are, we also insisted on an excursion into downtown Denver to see the “Becoming Van Gogh” exhibit at the Denver Art Museum, which was ridiculously crowded but totally worth it. But what really blew us away was the Clyfford Still Museum next door, which was, not surprisingly, mostly devoid of visitors.

Still is obviously nowhere near as well-known as Willem De Kooning, Jackson Pollack, and Mark Rothko, but he was arguably the progenitor of the entire Abstract Expressionist movement. His low profile was partly self-inflicted since he withdrew from the commercial gallery scene at the height of his fame in the early 1950s in order to make his art in solitude. He left New York City in 1960 for rural Maryland, where he lived until his death in 1980. He rarely sold or exhibited any of his work during this period and seemed destined to become a footnote in the annals of history.

But Still believed in his art and his one-page will contained an audacious bequest:

I give and bequeath all the remaining works of art executed by me in my collection to an American City that will agree to build or assign and maintain permanent quarters exclusively for these works of art and assure their physical survival with the explicit requirement that none of these works will be sold, given, or exchanged but are to be retained in the place described above exclusively assigned to them in perpetuity for exhibition and study (see Sobel & Anfam, Clyfford Still: The Artist’s Museum, p.17).

For almost thirty years, this collection—825 paintings and 1575 works on paper (or an astonishing 94% of the artist’s entire output)—languished in storage while negotiations with various cities and institutions failed to effectuate these simple yet stringent terms. Finally, the city of Denver (through a private foundation) committed to building the museum as part of the city’s expanding arts district. Designed by Brad Cloepfil and Allied Works Architecture, the Clyfford Still Museum broke ground in 2009 and was opened to the public on November 18, 2011.

The building is a state-of-the-art facility and the inaugural exhibit a total revelation. Early works show an innate fluency that only De Kooning could match at that age, but in an already radically American style. And by 1942, Still was making wholly abstract paintings while his contemporaries were still flirting with surrealism. But as he insisted: “The figure stands behind it all.” This may at first seem incongruous, but moving chronologically through the galleries it becomes immediately apparent as his mature work evolves seamlessly from everything that came before. I had seen some of Still’s mature work at MOMA, the Met and the San Francisco Museum of Modern Art, but his paintings always seemed to me forbiddingly austere compared to the exuberant Pollacks or the sensuous and contemplative Rothkos hanging nearby. I knew he was important, but didn’t really understand why. A visit to the Clyfford Still Museum makes it unmistakably clear. Still once wrote: “They are not paintings in the usual sense; they are life and death merging in a fearful union.” That may sound like modernist hyperbole but, to be sure, confronting an entire museum filled with his art is indeed a wholly unique and terrifically moving experience.

The galleries are beautifully lit with both artificial and cleverly diffused natural light and are perfectly scaled to the oftentimes monumental-sized paintings. Smaller, dimmer galleries contain a number of works on paper and three sculptures, almost none of it ever before seen.  In fact, the collection is so vast it will take thirty or more years to display it all—which means we will enjoy going back again and again.  If you find yourself in Denver, the Clyfford Still Museum is well worth the modest admission fee. You may not have heard of him, but you will come away convinced he was one of the greatest artists of the 20th Century. You can see more of my photographs of the museum and the rest of trip here.

It was also our birthday on the 15th. Yes, my wife and I have the same birthday. Isn't that amazing? Happy birthday to us!

Given all of the above, I only managed a blurb for “List Inconsequential” this week. The topic this time is “Bad Songs on Good Albums.” My choice? “Cans and Brahms” from Yes’s classic Fragile album—gawd, it’s horrible.
Posted by Rodger Coleman at 6:44 PM 4 comments: 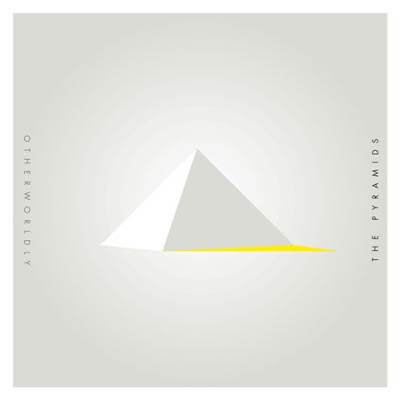 My review of The Pyramids: Otherworldly is up at Spectrum Culture. I really wanted to like this... 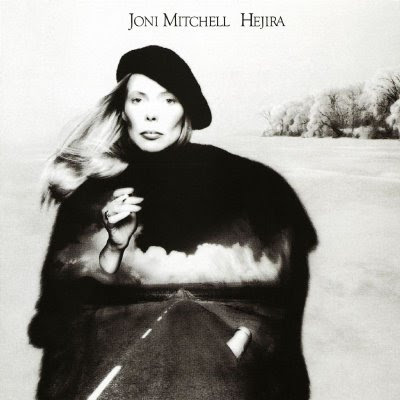 The "Revisit/Rediscover" series of reviews over at Spectrum Culture highlights "past releases that now deserve a second look." My pick? Joni Mitchell's 1976 album, Hejira. I think I could write about a book about this record and this is an 800-word precis.
Posted by Rodger Coleman at 5:49 PM 2 comments: 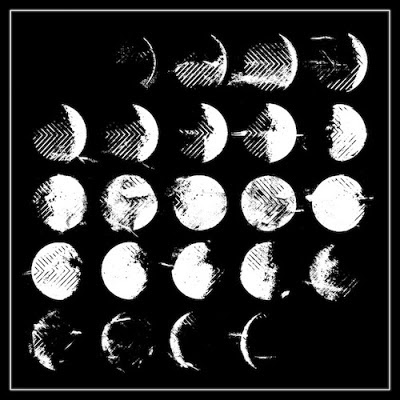 My review of Converge: All We Love We Leave Behind is up over at Spectrum Culture. Metalcore for the middle-aged.
Posted by Rodger Coleman at 5:41 PM No comments: