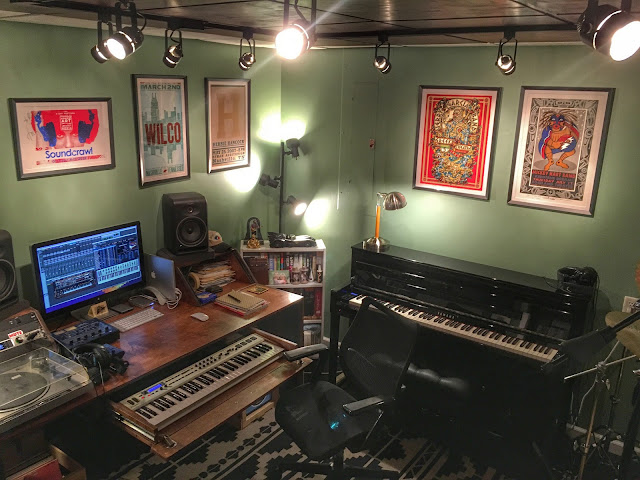 Sorry for the absence -- I decided to take the week off from blogging for Thanksgiving. Hope you all had a great holiday!

When not listening to records, I've been spending a lot of time in my basement studio, which is more than just a "man-cave" -- it's my sandbox, a playpen, a place where I can commune with the muse and make as much noise as I want. It is heaven on earth.

If you're curious about my music, please check it out over on Bandcamp. New stuff is in the works for the New Year!

Now, please excuse me, I'm going back down in the studio. See you next week!
Posted by Rodger Coleman at 10:19 AM 1 comment: 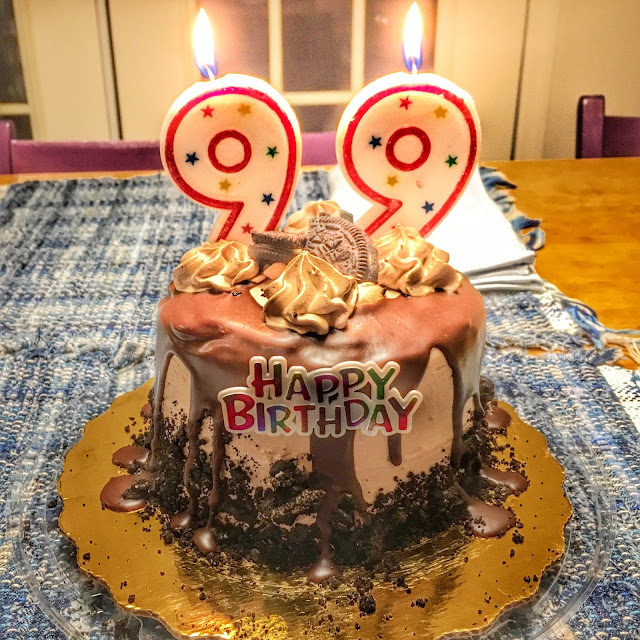 Happy birthday to me -- and the lovely Liz! 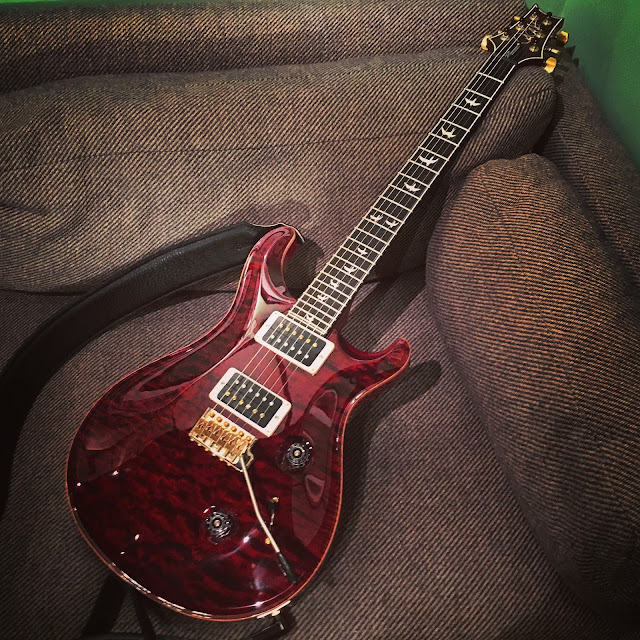 Although my birthday is not until next weekend, I got myself a little present: a limited edition PRS 30th Anniversary Custom 24.

And, holy cow, is she a beauty!

I've been playing guitar (off and on) for over thirty years but have never owned a really nice instrument -- until now. Known for their gorgeous carved maple tops and first-rate finishes, Paul Reed Smith guitars are intended to be not only lovely to look at but also imminently playable. Right out of the box, I wailed away for five hours straight -- which really tells you all you need to know about this guitar.

It's the little things that really add up to an extraordinary instrument. Beyond the aesthetic touches (mother-of-pearl inlays, ivoroid purfling, hybrid gold/nickel hardware, etc.), this guitar is a sheer pleasure to touch. Even unplugged, it resonates and sustains unlike any guitar I've ever played and the two-octave, set neck speaks and intonates like a dream. Plug it in and a world of tones await, with new 85/15 pickups and brilliant five-way switching which allows a highly useful combination of humbucking and single-coil sounds. Add in the silky smooth PRS tremolo system and Phase III locking tuners and this guitar can pretty much do it all.

Now, some folks don't like PRS guitars -- and that's fine. But to denigrate the Custom 24 because it's neither a Fender nor a Gibson misses the point. When Paul Reed Smith built his first guitar back in 1985, his goal was to solve what he perceived as the problems inherent in both designs and his quest for perfection continues to this day. The Custom 24 is its own thing. No, it doesn't sound or feel like a Les Paul or a Stratocaster -- but neither of those instruments sound or feel like this one. And I've certainly never enjoyed playing a Les Paul or Strat nearly as much as I love playing the Custom 24. That is all that really matters to me.

Expensive? No doubt. But the more time I spend playing (hours and hours at a stretch), the more I realize she is worth every penny. Happy Birthday to me!