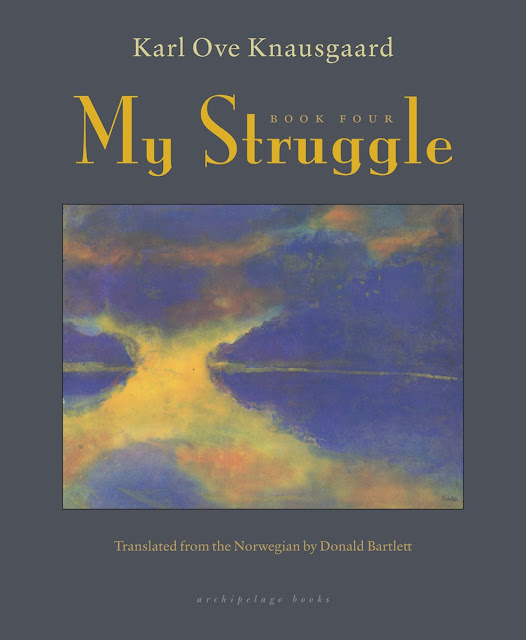 Although I do not read a lot of fiction, I recently immersed myself in the first four volumes of Karl Ove Knausgaard’s six-volume, 3200-page novel, provocatively titled My Struggle (Archpelago), which is in the process of being translated from the Norwegian by Don Bartlett. But Knausgaard’s novel is not really fiction so much as an astonishingly vivid recollection of his own life, from childhood to the present, the death of his father, and his attempts to become a writer worthy of his own lofty ambition. More than just memoir, Knausgaard expertly plays with time, slipping into long, multi-hundred-page digressions that effortlessly loop back to where he left off. His lucid, flowing prose captures how it really felt to be a child growing up in the 1970s and ‘80s, a callow youth growing into a husband and father in the ‘90s and 2000s, and an artist wrestling with lacerating self-doubt, failure, and shame. Knausgaard holds nothing back and reading My Struggle feels more like reality than fiction. Moreover, it is the breathtakingly virtuosic writing that sucked me in and I drank down the text in massive gulps. As Knausgaard’s friend Geir tells him in Volume Two, “You can spend twenty pages describing a trip to the bathroom and hold your readers spellbound.” Indeed, he does.

Ultimately, Knausgaard struggles with defining what truly matters in a meaningless world and finds solace (if not meaning) in art and music. Early on in Volume Four, he describes himself as an eighteen-year-old record collector and how his sense of identity and inchoate dreams of the future were tied up in these bits of plastic and cardboard:

Every single one of these records embraced an entire little world of its own. All them expressed quite different attitudes, sentiments, moods. But none of the records was an island, there were connections between them which spread outward […] But the ramifications and connections didn’t only exist between the records, they extended right into my own life. The music was linked with almost everything I had done, none of the records came without a memory. Everything that had happened in the past five years rose like steam from a cup when I played a record, not in the form of thoughts or reasoning, but as moods, openings, space. Some general, some specific. If my memories were stacked in a heap on the back of my life’s trailer, music was the rope that held them together and kept it, my life, in position.

“But this wasn’t its most important aspect,” he goes on. It was “the music itself” which, in the case of the Talking Heads, had the power to get “the world’s least rhythmic eighteen-year-old, sitting there squirming like a snake” stand up and dance. Or how, by contrast, Echo and The Bunnymen’s music was not about “rhythm or drive but sounds and moods, this tremendous wailing that springs from them, all longing and beauty and gloom, which swells and subsides in the music, no, which is the music.” Although seeped in song lyrics and band interviews, Knausgaard realizes that such knowledge “is obliterated by the music.”

[T]he music doesn’t want to know about it, because in music there is no meaning, there is no explanation, there are no people, only voices, each with its own special distinctive quality, as though this is its essential quality, its essence, unadulterated, no body, no personality, yes, a kind of personality without a person, and on every record there is an infinity of such characteristics, from another world, which you meet whenever you play the music.

Then he goes further, revealing just how much of his eighteen-year-old ego and fragile self-worth were tied up in his precious record collection: “It made me someone,” he says.

Thanks to music I became someone who was at the forefront, someone you had to admire, not as much you had to admire those who made the music, admittedly, but as listener I was in the vanguard. Up here in the north probably no one would see that, as hardly anyone in Kristiansand had been aware of it, but there circles where it was seen and appreciated. And that was where I was headed.

As with the rest of the novel (and life itself), the profound and mundane are always on equal footing, the sublimity and the embarrassment of human existence simultaneously filling our minds from moment to moment. He goes about arranging his records “in such a way that the impression made by each one would be enhanced and perhaps lead to surprising new associates for whoever thumbed through them” and then heads to the grocery store.

I can very much relate to the young Knausgaard and his budding record collection—both the ineffably captivating qualities of music itself and the delusions of self-importance those LPs inspired. Of course, now, on the other side of fifty, they no longer represent who I am or my hopes for a future that has already passed—and yet, I remain enraptured by the music contained therein. “I never worked out what it was that possessed me when music possessed me,” Knausgaard writes, “other than that I always wanted it.” That feeling, for me, never went away.
Posted by Rodger Coleman at 12:50 PM 1 comment: 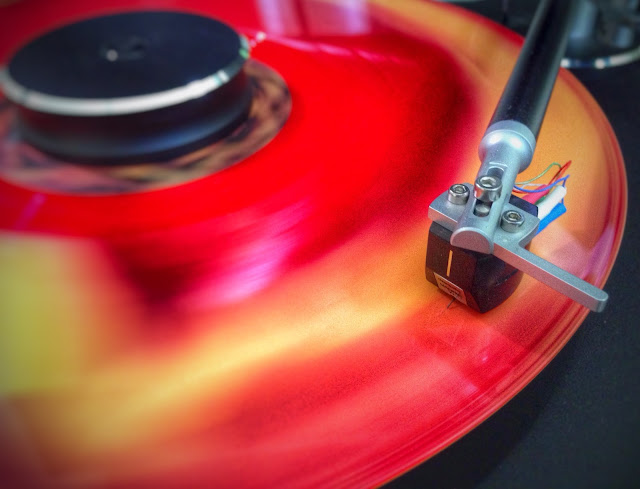 It's been a busy week cleaning and spinning vinyl from last week's record show -- and I'm still not done! More fun ahead...
Posted by Rodger Coleman at 5:24 PM 3 comments: 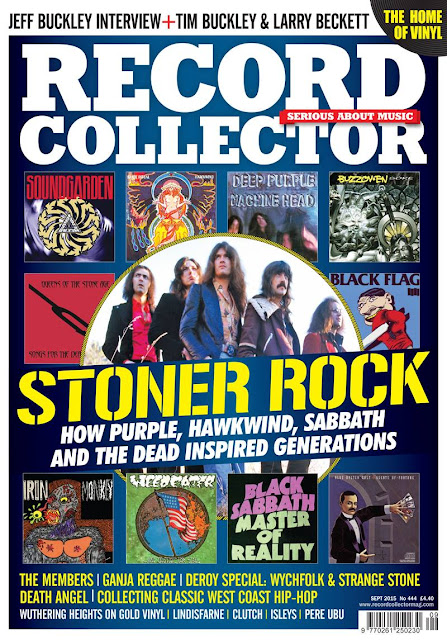 A couple of months ago, I was contacted by Record Collector Magazine, the UK's longest-running music monthly, about being featured as "The Collector" of the month in a forthcoming issue. I was hugely flattered and happily answered the questions and took photographs of some of my treasures--but I was not convinced it would really happen. Well, sure enough, here I am in the new issue! What an amazing honor! 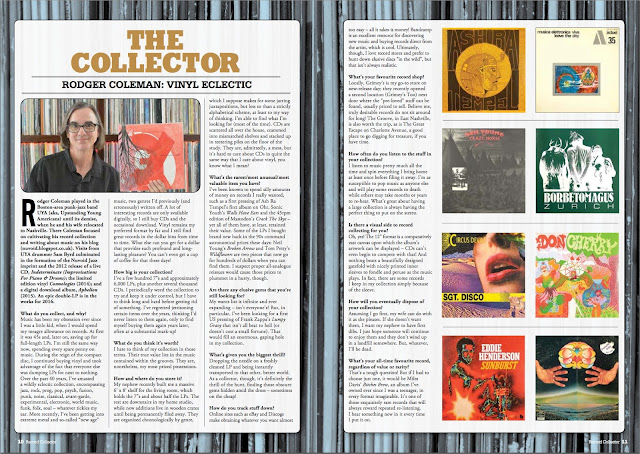 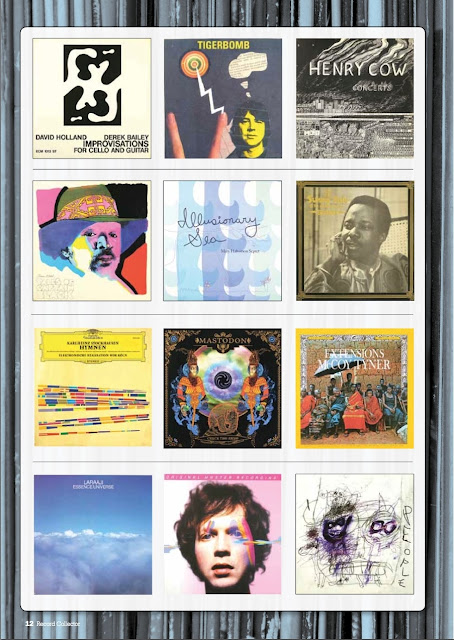 Inspired by all the attention, I went down to the Birmingham Record Show this weekend and bought a ton of cool records. Yes, I am insane!