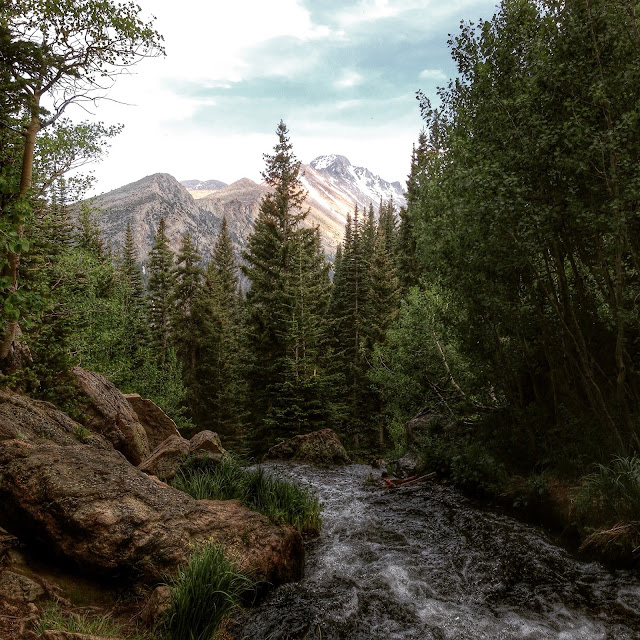 Just got back from a week in Colorado -- what a spectacular trip! We got to see family (many of whom we hadn't seen in years) and then took off for a few days up in the mountains. The six-mile hike through Rocky Mountain National Park was one of the most awesome experiences of my life -- as in scary-as-hell, do-or-die awesome -- ascending to over 9880 feet, scrambling across rock faces and leaping across rushing streams of snowmelt. For a couple of acrophobics, it was challenging indeed. But we survived to tell the tale.

I also got to do some record shopping while we were there, stopping by Bart's and Absolute Vinyl in Boulder; Black & Read in Arvada; and Wax Trax and Twist & Shout in Denver. I had been saving up for this trip, knowing that incredible records can be found in Colorado. I made a little video showing my haul, if you're interested: 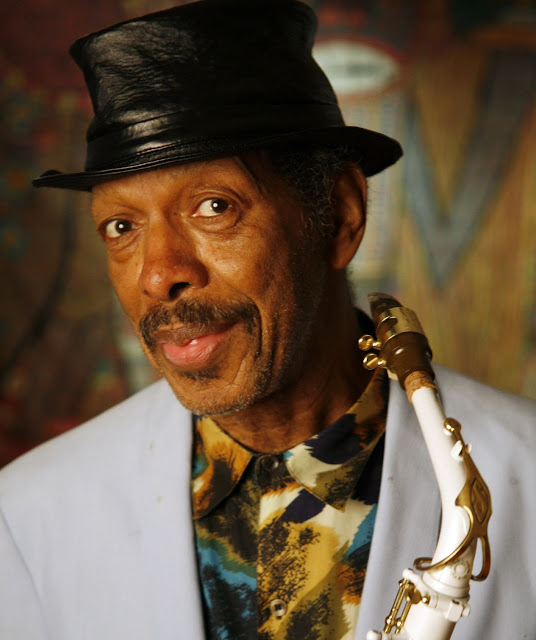 Although I knew Ornette Coleman was not in good health (and 85 years is a plenty long run), it still came as a shock to hear that he passed away on Thursday.

Like many innovators, he was vilified by establishment critics for much of his early career but managed to persevere and survive long enough to become a respected elder statesman, receiving a Pulitzer Prize for his 2007 album, Sound Grammar.  Respectful obituaries appeared in not only The New York Times, but also Rolling Stone and Taylor Ho Bynum's musicianly take on Ornette is a must-read over at The New Yorker.

I myself found Ornette's music difficult to get into when I first heard it back in high school. His acerbic tone and unorthodox intonation put me off and the landmark Free Jazz LP just sounded like a bunch of noise. But my ears gradually acclimated to his approach and, being a rocker at heart, his electrified Prime Time band truly knocked me out. I was fortunate enough to see him live twice when I lived in Boston: once with Pat Metheny and the Song X band and one marathon concert at The Channel (of all places), featuring Prime Time and his original quartet with Don Cherry, Charlie Haden and Billy Higgins, separately and altogether. Now that was amazing.

But it was by trying to play his music in UYA that I came to really appreciate what is really going on with it. His "Harmolodic" theory is something that is perhaps more effectively intuited than easily explained or understood, something that helps focus the improviser on what is happening in its totality while in the moment of its creation. In any event, Free Jazz sounds fairly tame and orderly to me now -- and not all that free, after all.

Thanks, Ornette, for opening my ears and changing my life.
Posted by Rodger Coleman at 6:08 PM No comments: 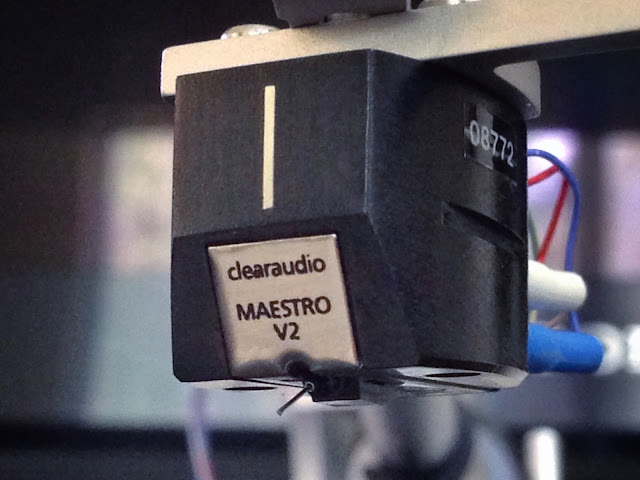 My Clearaudio Maestro V2 arrived this week and, thanks to the precision Clearaudio Cartridge Alignment Tool and digital Weight Watcher stylus pressure gauge (which is accurate to one-hundredth of a gram), set-up was a breeze—much to my relief. I was back up and spinning records in less than an hour.

Of course, I was expecting the Maestro to sound significantly better than the stock Concept cartridge (as it should, being exponentially more expensive) but I was unprepared for how shockingly good it sounds.

Seriously, all the usual audiophile superlatives apply here: more slam, deeper bass, cleanly extended high frequencies, more finely resolved inner details, with a silky smooth presentation from top to bottom. But most impressive to me are the almost dead-quiet backgrounds, with surface noise (when present) recessed deep behind the music.

The Maestro features the same Trygon P2 stylus and boron cantilever found in their highest-end moving coil designs, with the magnets’ motor assembly housed in ultra-dense, resonance-damping ebony, resulting in luscious sound quality with superb tracking, even on the most dynamic LPs. Listening to vinyl records has never been so rewarding—or downright fun!

Worth every penny, and then some.
Posted by Rodger Coleman at 6:45 PM 3 comments: