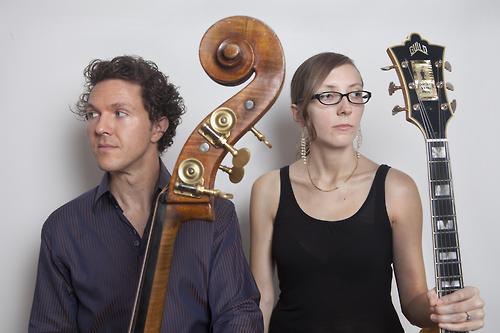 I was recently asked to curate the May 2013 "Indeterminacies" event at Zeitgeist Gallery. At first, I wasn't sure what to do but after some thought, I decided to really go for it: Why not bring Mary Halvorson to Nashville? Well, as it turns out her new band, Secret Keeper, a duo with bassist, Stephan Crump, will be touring the states in support of their upcoming CD on Intakt, Super Eight. Fortuitously enough, we have them confirmed for Friday May 10!

As y'all know, these events are more than just concerts. This will be an opportunity to hear the artists not only perform their music but speak for themselves and where the audience is more than just a crowd of passive consumers. As you may not know, The New Yorker has labeled Mary Halvorson "the current it girl of avant jazz guitar" while The New York Times just decreed Nashville "the nation's 'it' city."  I suppose this is just a confluence of events. Whatever, it is going to be awesome!

Yes, I promised more Sun Ra Sunday, but I ran into a thicket of discographical confusion. What a surprise!  Anyway, I got it all figured out now and I'll have the details for you next week.
Posted by Rodger Coleman at 7:31 PM